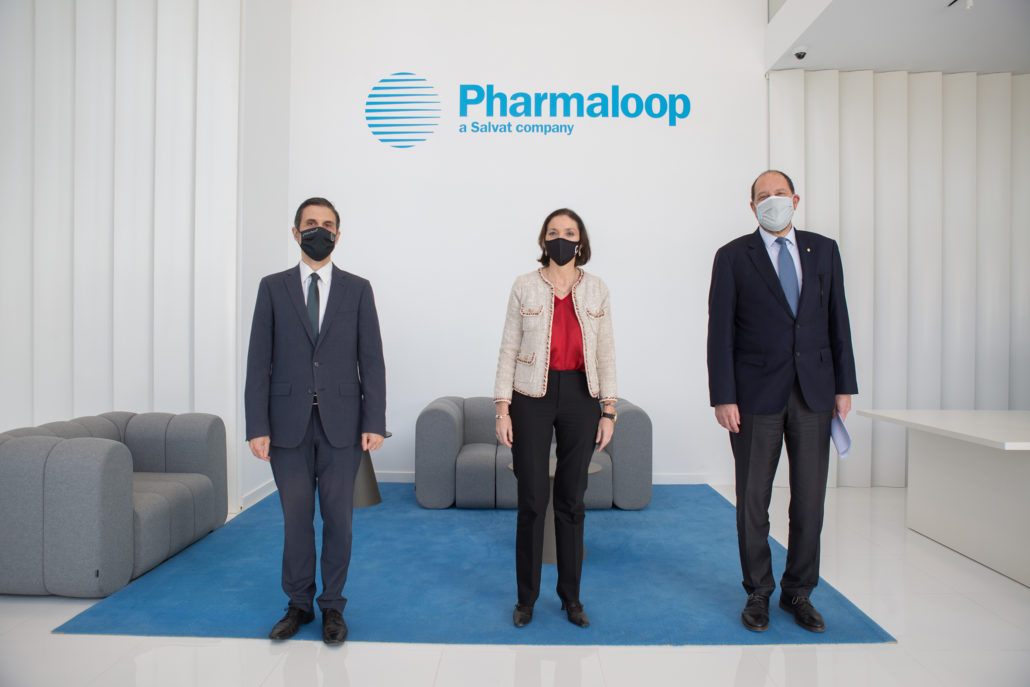 The Minister of Industry, Reyes Maroto, visited the Pharmaloop new sterile liquids production plant, in Alcalá de Henares. This plant exemplifies Salvat’s commitment to innovation and local job creation.  During the visit, she was accompanied by the Mayor of Alcalá de Henares, Javier Rodriguez Palacios and the CEO of the Salvat Group, Alberto Bueno.

The delegation toured the plant, which is equipped with the highest technology in medical production. The visit also included an in-depth walk through the facility’s laboratory, manufacturing area, automated warehouse and energy cogeneration plant.

This project, now entering its second phase, will reach a total investment of 65 million euros and represents an important commitment to international company growth. Currently, Salvat is present in 60 markets but this new facility will expand its reach to over 70 markets, with special focus on the US, Europe and Asia. Additionally, the new plant will have installations of more than 23.000 m² and will allow Salvat to increase production to 500 million sterile vials per year.

As Alberto Bueno, Salvat’s CEO explains, “With Pharmaloop, we have made a very important commitment to growth at an international level. Thanks to the production capacity of the new plant, we will be present in more markets and we will continue with the expansion strategy started a few years ago, which already generates more than half of our group’s annual turnover”.

The new Pharmaloop facility enhances production capabilities for the globe

The objective of the new facility is to produce for the world’s sterile liquids market, primarily North American. In addition to the previous need for single dose formats, the COVID-19 pandemic has increased demand dramatically, as this delivery system is a perfect fit for vaccines and other sterile pharmaceuticals.

“The manufacture of sterile single-dose liquids is a complex process that requires very advanced technology. Pharmaloop is a clear example of our commitment to advanced formulations in innovation, and thanks to this commitment, we will strength our presence internationally, especially in the United States” explains Alberto Bueno, CEO of Group Salvat.

The plant has the most advanced technology in medical production, such as the BFS (Blow, Fill and Seal) system. This formulation has exhaustive quality controls that ensure 100% of the vials are checked to avoid leaks.

Pharmaloop is an 8,500 m², fully automated and sustainable small building that does not generate atmospheric emissions or noise.

It has a cogeneration system that transforms gas into electrical energy and allows it to operate completely autonomous. It also has a system that recovers the residual heat from the gases to produce hot water and steam.

The new facility has generated the creation of 100 qualified jobs, in addition to the 52 employees who already worked at the plant before its expansion. With this amplification, Salvat increases its production capacity and distinguishes itself as a leader in sterile liquid manufacturing with a truly international focus. The Group’s goal is to continue Salvat’s current growth trajectory with the aim of reaching 100 million euros in turnover. The company’s forecast is to grow by 30 people in the coming months and reach more than 70 countries in order to continue serving customers and patients worldwide.